Fishing with the Clampitts – Canadian Edition

Children of avid fishermen- and women- are all aware of the big fish and where to hook them. All the liars in my family have stories, very rarely backed up with photographic documentation, of swordfish caught in Mexico or Tarpon pulled in only to be snatched in half by an opportunistic hammerhead shark that was longer than the boat. I have a hypothesis which states that fish size has a direct correlation to the amount of beer left in the cooler when the boat docks. I get increasingly skeptical the more time I waste casting in to a seething pool of disinterested tarpon or riding up and down the coast at infinitum, 4 swordfish lines in the water, only to return with a nasty case of seasickness from inhaling diesel fumes for 8 hours.

But the lure of Canada (Yes I said it) and her trophy trout, caught only by bear and a few lucky anglers able to helicopter in to an unspoiled picturesque mountain location, had me hooked on trying. Spouse, however, did not take the bait and instead suggested we fish alongside the road while driving through Western Canada. Which to me sounded a lot like a canoe trip- it sounds fun until you`re in the water paddling to nowhere- which always takes 6 hours longer than planned.

Some of the Clampitts are more successful than others in landing the big ones.

So even though we were  going to be the family you see fishing off the side of the bridge when driving by, I thought it was worth a try.

We didn`t spend much time- none in fact- planning where to fish, hiring a guide, or consulting helpful books. Our preferred method for wrestling in the big ones was to eye the rivers, lakes, and mud puddles along the way and decide if nestled in the rocks was the big one.  Eyeing might insinuate we spent a substantial amount of time evaluating a location, but it really just involved  pulling over, turning on the hazards, baiting the hook and seeing what happened.

We found out why landing the big ones only comes with a helicopter ride. There are two rules for fishing in national parks in Canada which ensures the fish survive and the fishermen never return. The first is worms can`t be used as bait. Fishing without a worm? That`s like drinking a beer without the accompanying cigarette. And second, the hooks can`t be barbed. The hooked fish just shakes it`s head and swims off. Where`s the fun in that?

We were going to have to get crafty to land the 10 pounders. 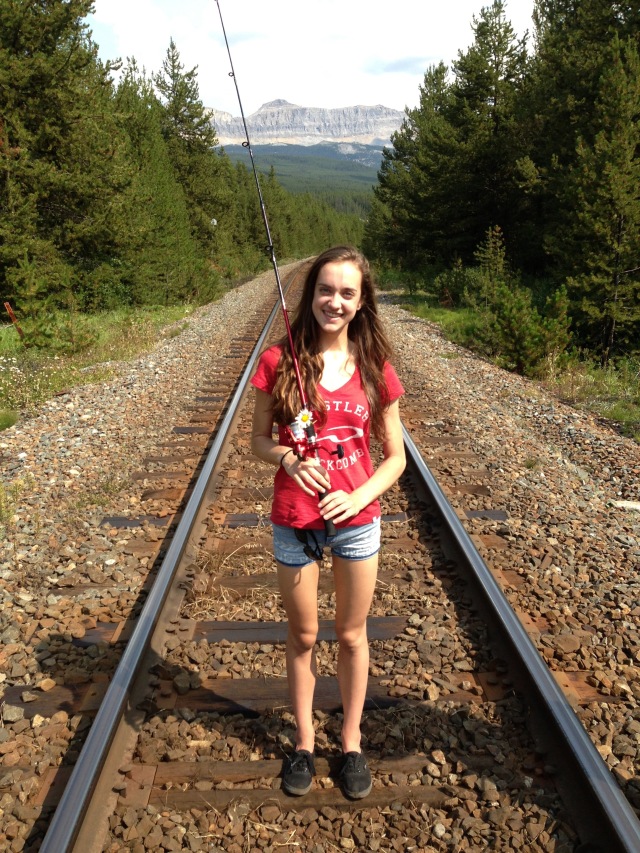 After a few climbs pulling ourselves up by weeds I was not as enthusiastic. 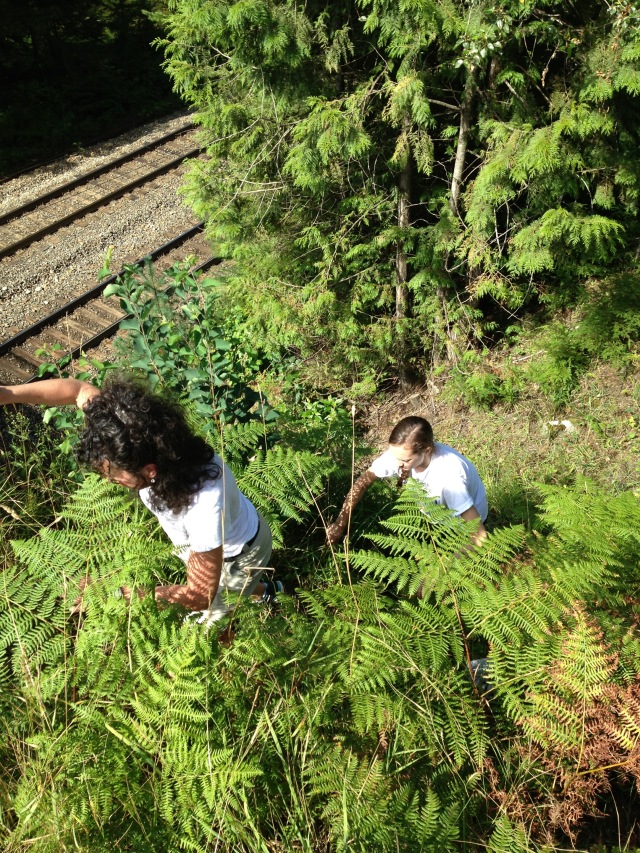 Ah but then, Ouisar-san landed the big one.

4 Responses to Fishing with the Clampitts – Canadian Edition