Ouisar-san drops the Ball on the Local Matsuri

Posted on September 3, 2012 by Emily Cannell

The fact that I`ve been blogging for two full years and haven`t done a post on a matsuri is an oversight. Especially given the number of these that occur throughout the year. During a matsuri, the neighborhood shrine`s delegates take the local kami-  deity or god- for a walk through the neighborhood. Since it only happens once a year, best to make sure it`s worth while for the house bound kami. A parade is in order. (Kami, I feel ya. Sometimes I leave the apartment banging pot lids together after a long stretch of apartment enshrinement) Kami leave the shrine encased in a mikoshi (float)  accompanied by much fanfare. And drinking, chanting, banging of drums, goldfish fishing, gaming, and eating. And maybe a quick game of pachinko. 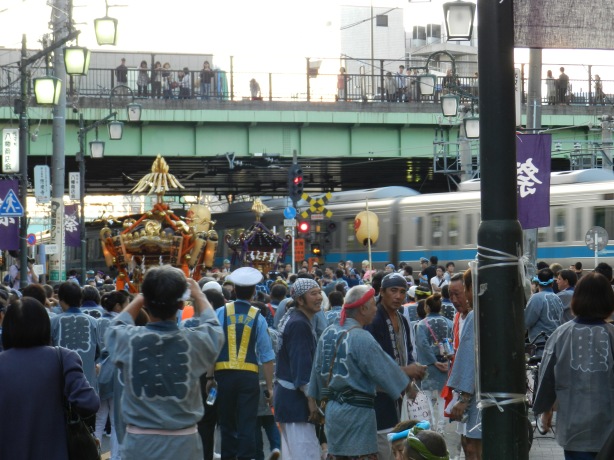 Everybody celebrates. Normally stoic Japanese are all smiles as the mikoshi makes its way down the street. Men and women carry the mikoshi. 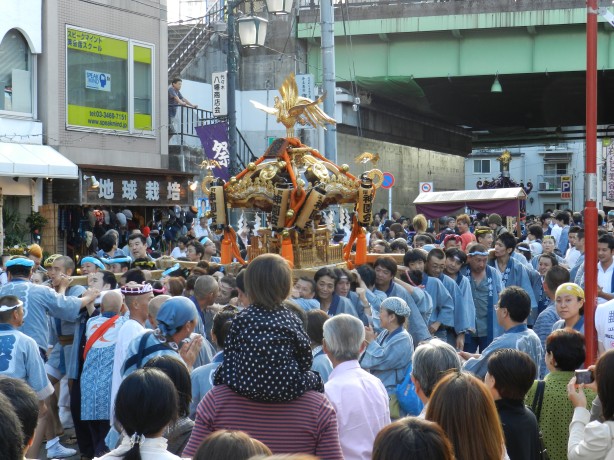 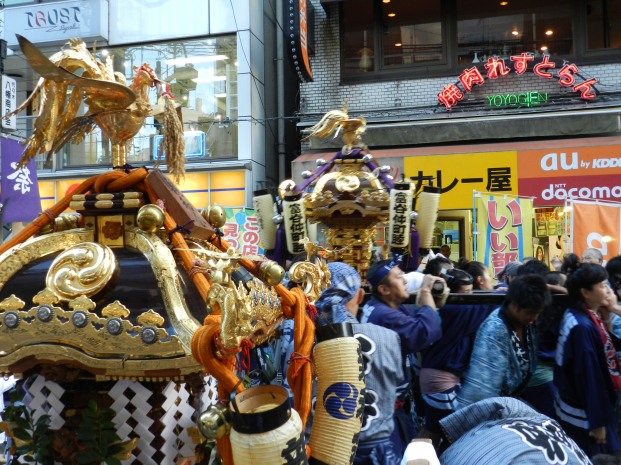 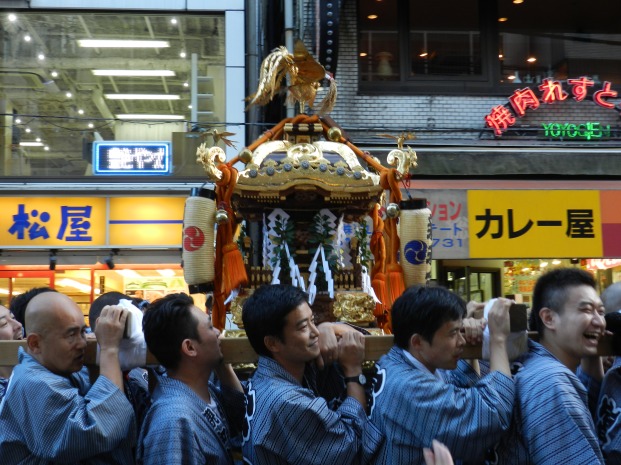 Many of the onlookers wear a short sort of yukata (in navy blue) which indicates the neighborhood of the matsuri. These girls are wearing traditional yukata- a light weight kimono worn during the summer. Already these young girls are displaying the amazing ability innate to all Japanese women- the power to accessorize, in this case with a purse and live fur ornamentation. 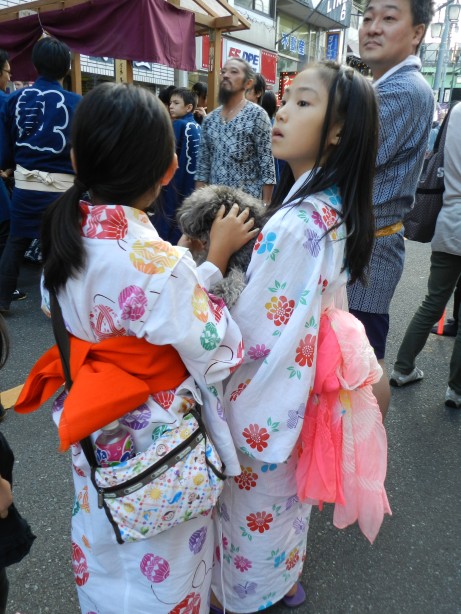 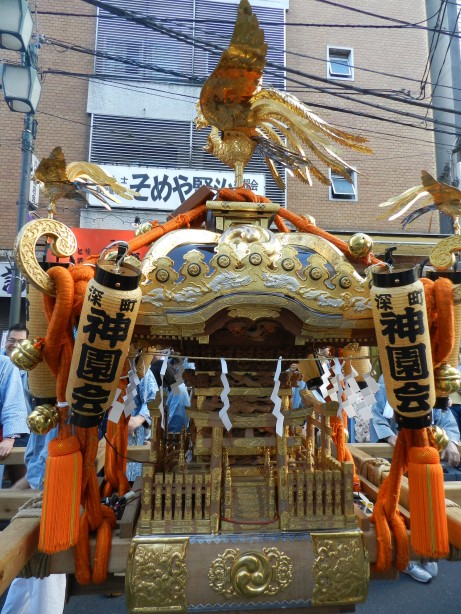 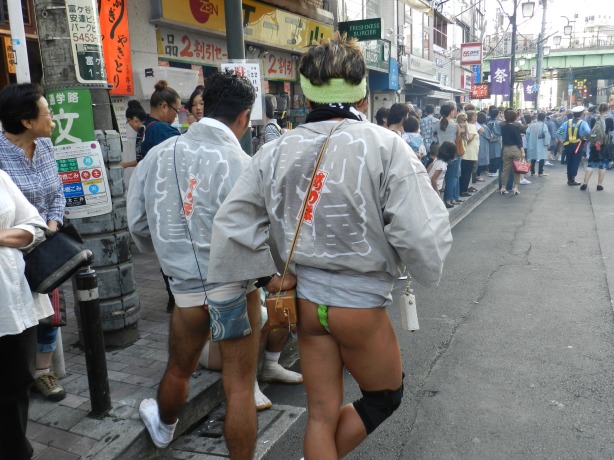 These shoes are “jika tabi.” Rivaling the croc as the ugliest shoe to hit the big time, it`s a favorite for anyone not wanting to slip. Used by fishermen, rickshaw pullers (drivers? ) and matsuri participants, this shoe is the ultimate spidey shoe. 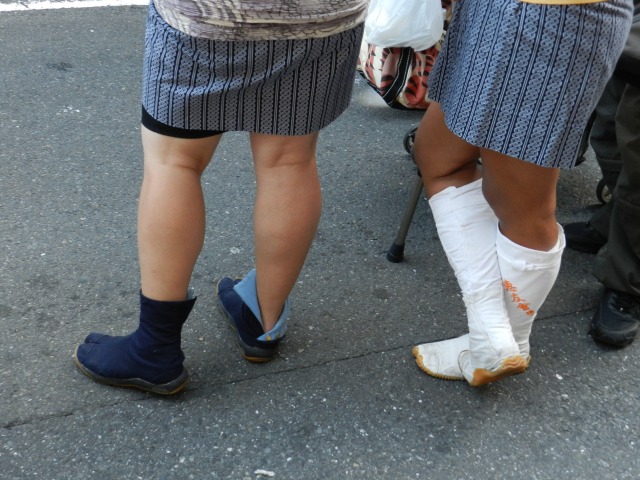 Afraid of these two who were much more serious than the rest of the revelers, I opted for  the fanny pac sneak shot. 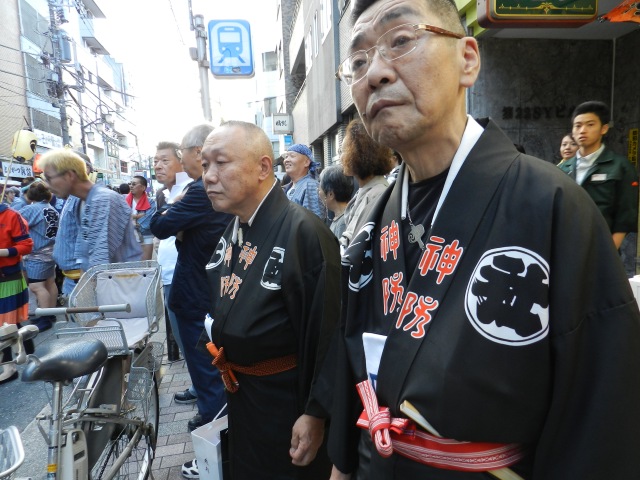 Many ExPats like to take up traditional drumming. Not the best strategy for befriending the neighbors. Probably fewer sounds are worse than bad taiko drumming. (maybe Offspring #1`s brief flirtation with the trumpet would get in the neighborhood. And I mean that in the nicest way.) 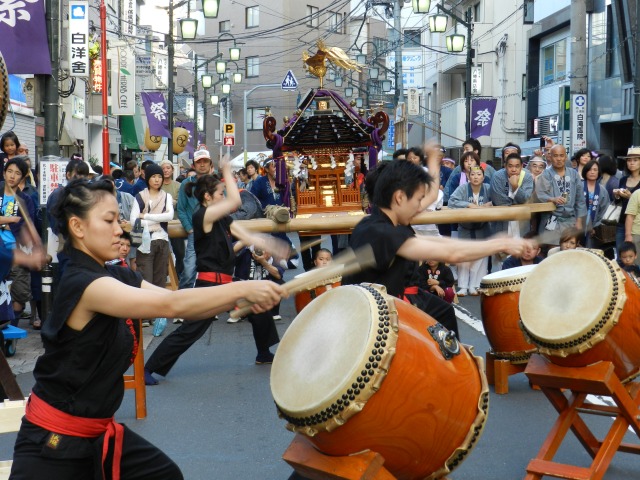 Matsuri`s happen during the spring and fall. Truly a place to see a lot of happy people in one place. For great pics of matsuris, take a peak at Tokyobling`s blog here. 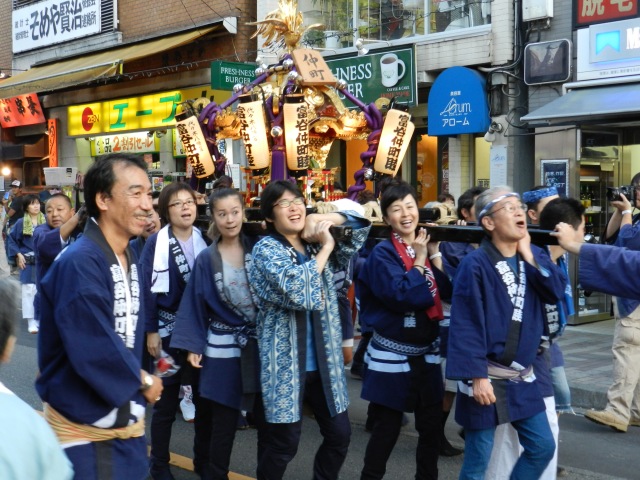