A New “First” to Add to The Unusual List

Five years ago, had my station wagon fallen in to a sink hole on my way to Pilates and that deranged Alice revealed our lives full of “firsts” in Japan, I would have asked for one of whatever she had swallowed. What once seemed so unusual has now become very normal. But even now, after 18 months, a new “first” manages to make it to the ever-growing list.

1) For the first time, I am long and sinewy some might even describe me as a tall glass of water. At 5`4″, towering above the crowd, I`m a size XXL. Offspring #2, dwarfs me in height with feet to match. Feet too large for women`s boots, she is forced to sport Men`s snowboarding boots while gracing the slopes.

2) Spouse and I can buy beer out of a vending machine. Somehow it doesn`t explode after making the trip down the shoot. 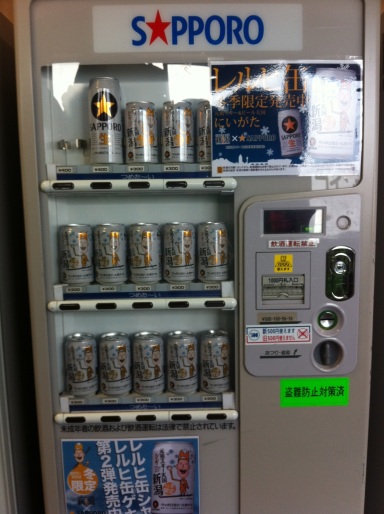 3) I can now ride a bike while holding an umbrella. Some of you might notice the shadow on the wall indicating the presence of sun. Umbrellas are used in Japan as often to protect from sun as rain. I wish I`d learned this skin saving trick earlier so the Japanese wouldn`t mistake me for the Offspring`s grandmother. 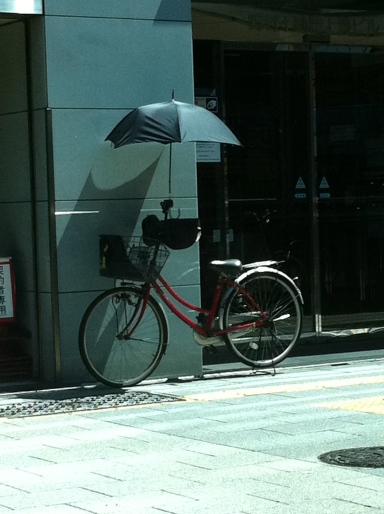 4) I became the first woman to pioneer a new Olympic Snowboarding Event “Olympic Mogul Gymnastics.” In it I performed cartwheels and somersaults while attached to a snowboard down the 1998 Nagano Olympic Mogul course. I was on track for a perfect score until I failed to complete a mid-air 360 degree rotation.

5) The first time I encountered a squat toilet I had no idea how to approach the bench. I am now equally functional on a squat toilet or a Western style. 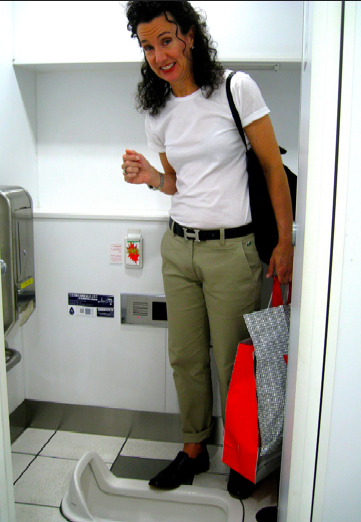 6) Many of you know the suffering I withstood wearing the kimono for the first time. I`m happy to report the lack of oxygen I endured due to the constriction around my lungs by this instrument of torture did not cause any noticeable brain damage. My broken ribs are healing nicely. (Read Here) 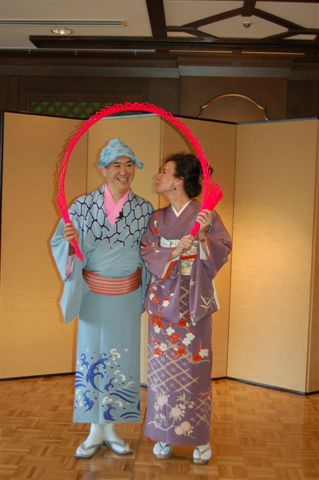 7) I told Spouse for the first time, “Honey, if in the next several days I break out in a fever of unknown origin, lose consciousness, or otherwise become unable to communicate, tell the doctor that today I was bitten by a baby snow monkey.” 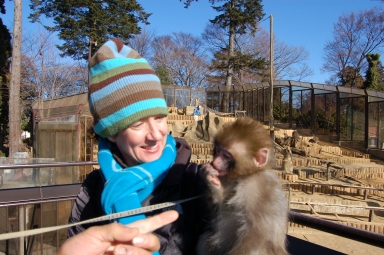 8) For the first, and hopefully the last time, I drank a large glass of live fish who all looked back as I lifted the glass to let out one, long high-pitched scream on the way down. (Read Here)

9) Instead of snow days, hurricane days, or tornado weather, the kids now have Typhoon days, Earthquake days, and

10) A late school start due to a Solar Eclipse. The Solar Eclipse due to hit Japan on May 21 between 6:00 AM and 9:00 AM will be problematic to the morning commute and potentially dangerous. Apparently it is not just an ugly rumor that staring at the sun, even when it is covered by the moon, can cause eye damage. I guess the school administration thinks parents will do better job than the bus drivers at keeping kids away from windows.

Looks like China, Japan, and the Western half of the US and Canada get the good view on this one. I`ll be looking forward to the pictures. Although I might glance at it once or twice