Moving Diaries- Episode 2- One Teenager, One Car,Two Dogs, and 3000 Miles

In the Clampitt family we love our Offspring but it`s possible we love our dogs more. When you think about it, until the Offspring can talk, a pediatrician and a veterinarian are interchangeable. Both keep you up all night as infants and teenagers, and only later do discernible differences emerge. Dogs are always glad to see you. Teenagers are if you have food. It doesn`t matter if it`s been 10 minutes since the door closed separating you on the toilet from your dog, he will happily greet you, smiling and wagging his tail like you`ve been gone a lifetime.

A month or so before, our big dog got sick and he looked headed for the back yard cemetery. When he miraculously recovered and the time came to load him on a plane, the possibility that it would be too much for his sickly self caused me to do what I normally wouldn`t-  choose the path most likely to cause me pain and suffering. But this, my friends, is the only rationale I have for why I thought it was a good idea to load up one teenager, two dogs, and my menopausal self for a relaxing road trip from Philadelphia to Southern California. 2,777 long miles. For those of you keeping count, two critical members of the Clampitts were in fact missing- Offspring #1 recently deposited at college and Spouse who had road tripped earlier for entirely different reasons. Without dogs.

So first let`s meet the members of the clan you may not have seen. First, the elder statesman and teacher of all young dogs yearning to run in the tall grass. Harley. 100 pounds of bad breeding. 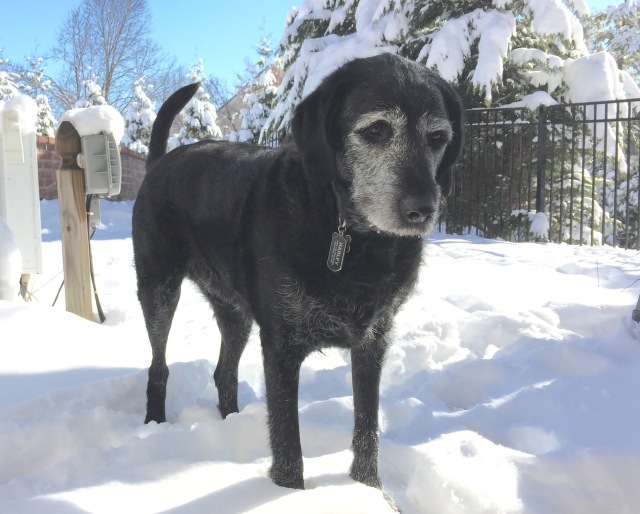 And second, the bribe to get OS #2 to Canada, Zoey. Because every teenager should have a wiener dog puppy for a day before handing her over to Ouisar- san full-time. 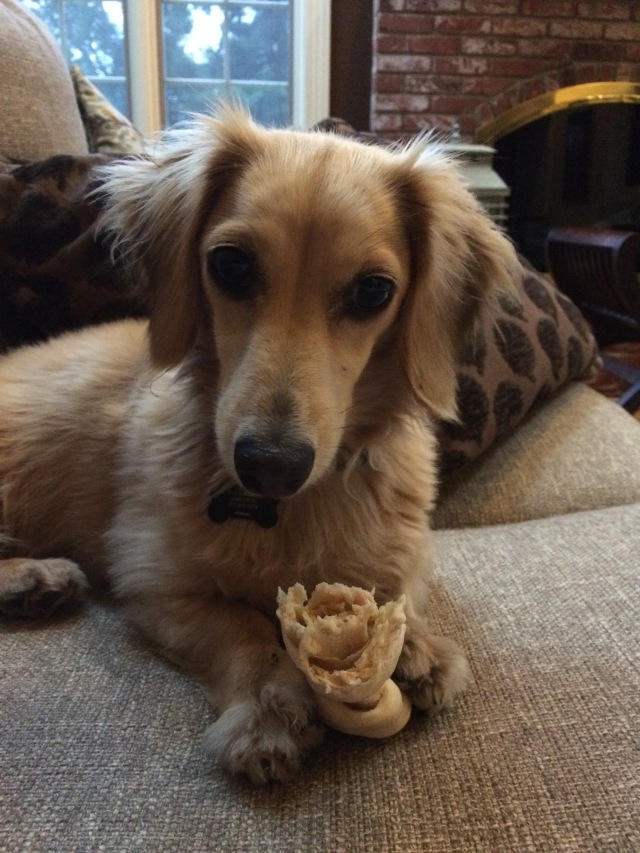 My original plan included an RV and OS#2`s BFF. Leisurely driving, enjoying this great nation`s sites, napping and brewing fresh coffee whenever the urge hit. Overnighting at Wal-Mart locked in the RV didn`t sound so bad. That plan went up in smoke faster than marshmallows in the fire at the Uncle Sam`s RV park. Not a soul would rent an RV for a one way trip. Surprising given that the cost of renting the RV was probably a break even vs the cost of shipping a car, airplane tickets for us and the dogs, and all the minutiae that comes along with those logistics. OS #2 wasn`t nearly as excited to drive a UHaul van across country and BFF baled in favor of meeting us on the other side.

That`s how we ended up in a Toyota Rav 4. I started to realize the gravity of the decision I`d made once the dogs were put in the car leaving no room for anything other than a small make up bag, some dog food, a suitcase and OS#2`s road tripping gear- her pillow and blanket. 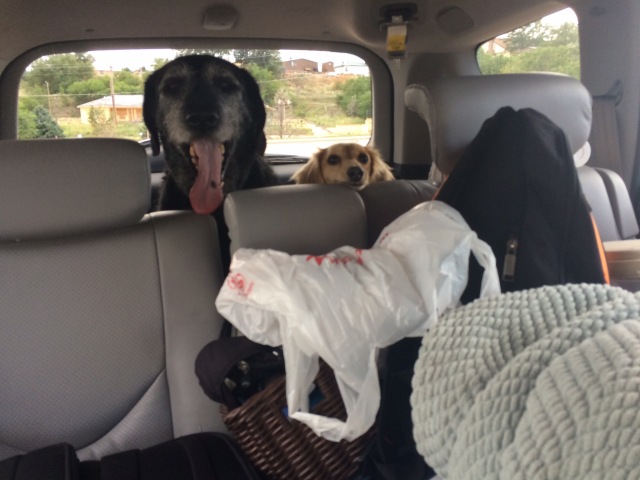 Which is what led to the decision of putting a soft sided cargo carrier on the roof. Afraid it would topple off in the mid west somewhere, I bungee corded it to the roof with a mile or so of cord never to be opened again.

Which was perfect for when we got hit by a tornado.

It`s a long story- for next time.

10 Responses to Moving Diaries- Episode 2- One Teenager, One Car,Two Dogs, and 3000 Miles