Hiroshima – Is It a Must See?

I`ll admit it to you. As much as I like to check off all UNESCO sites no matter how uninteresting some may be, Hiroshima was not high on my list of places to visit. As a UNESCO site it draws visitors from all over the world, but unless I could pass myself off as something other than American, I feared a hostile reception. I was more than happy to strong arm a visiting friend`s teenaged daughter to the site even though I`d avoided the trip myself. It was too late to back out when I realized I would have to be the one to take her.

At 8:15, the A bomb was dropped and time literally stood still.

We spent a lot of time looking at the only building to “survive” the blast which did so because it was directly under the bomb.

Not much was left but remnants.

The dome and hall before: 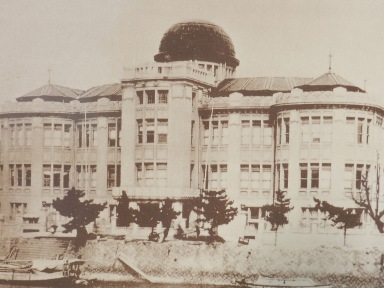 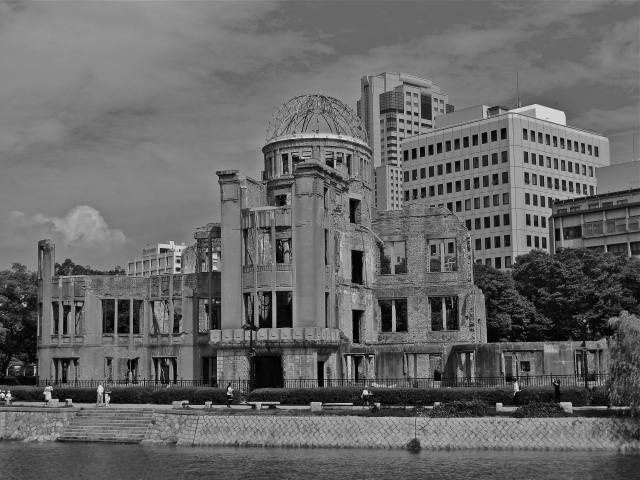 Seen from the same position.

The area surrounding the Hall was incinerated. 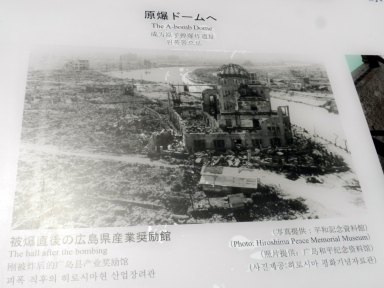 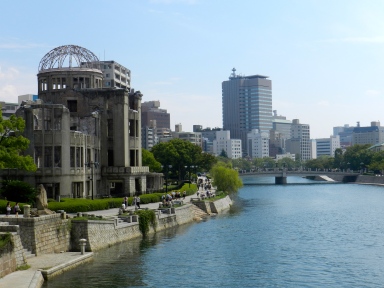 People were vaporized, leaving shadows to document their last action. Painting, walking, or sitting on a stair.

As it looks today:

The blast embedded shrapnel in concrete.

Cast iron, glass and ceramic roofing tiles were all susceptible. 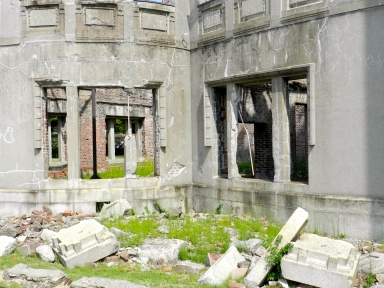 Roaming around the site were hundreds of school children. A group of three shyly approached to practice their English, starting with our country of origin. Once the others saw our smiles and friendly dispositions, we were swarmed whereas the foreign men with somber faces were left alone. 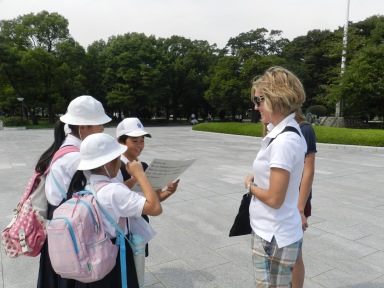 Several laid origami wreaths made with thousands of cranes.

All the hundreds of children present rang the bell. It`s loud.

Yes- peace- for all. 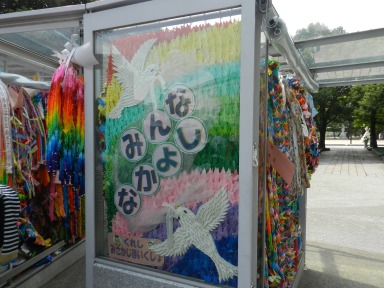 So yes- it is a must see. Like other horific reminders of the past, this place reminds us of the reality around nuclear weapons at the same time telling a story of devastation, pain, and healing.

*** One of the best books on Hiroshima is John Hersey`s “Hiroshima.” Hersey tells the stories of 6 survivors describing that day in August 6, 1945. A truly compelling but easy read.

55 Responses to Hiroshima – Is It a Must See?