Irises at Meiji Shrine – and a Surprise Sighting

My favorite ” go to” spot- Meiji Shrine. Always entertaining- to me anyway, as  I can never find anyone else to tag along. The Offspring hide until I`ve been gone for 10 minutes. Spouse will go if he can see Sumo wrestlers. The shrine was built in honor of Emperor Meiji- the man who opened Japan to the outside world  in the late 1800`s at the close of the Shogunate age. Emperor Meiji and his wife, Empress Shoken, visited the current location of the shrine to enjoy the iris garden. Because of their love of the location, the shrine was built there in 1912.

Blooming in June, and having missed them last year, my camera was charged and ready to go. 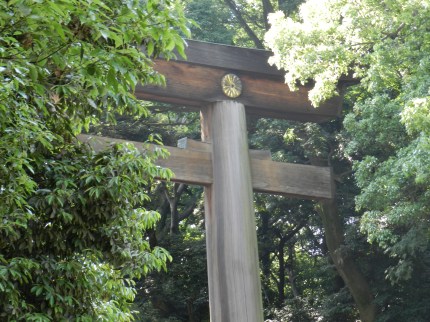 The gold Chrysanthemum is the Emperor`s crest

Although located in the center of Tokyo, 175 acres of shrine ground containing  365 different species of trees completely muffles all city noise.

One must remain diligent, alert to danger when hiking through the forest. Anything could pop out.

Two in fact. So, I guess I actually saw Bigfeet. Some of you might only be familiar with the scientific name -Sasquatch. 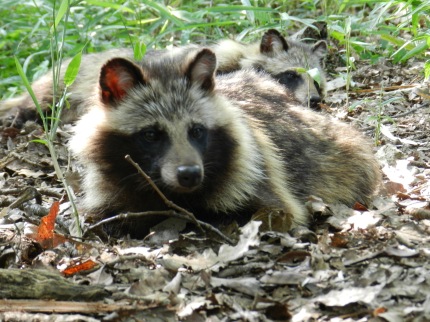 Once calm, I realized Bigfoot travels alone-never in pairs. Some remain skeptical of the existence of Bigfoot, however, what else could these be? I`m including the blurry picture of these raccoon-ish/ Bigfoot type things on the move for easier species identification. I couldn`t test my hypothesis that they are of the raccoon variety by tossing food and observing them handling it with their paws. Or do they only do that in cartoons? 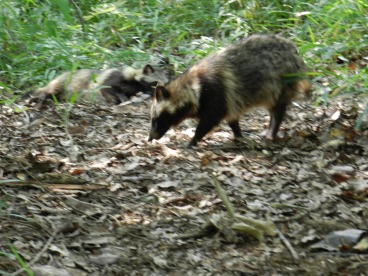 I stayed, watching them, pondering an appropriate scientific name for this new species I discovered until I remembered the painful reputation of rabies shots.

Through the clearing and in to the garden. I must have been off by a few days as there were a lot of plants but not a lot of flowers. The brochure pictures are stunning showing a carpet in varying shades of purple- and copyrighted- so I couldn`t post them as mine. No one would have been fooled- everyone would have recognized the high quality photos as something never seen before on this blog. 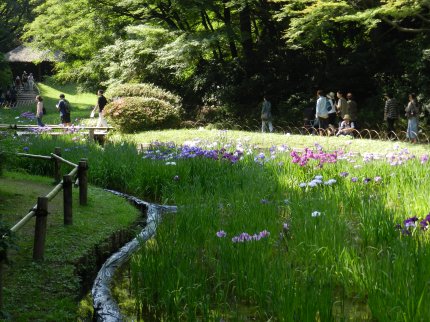 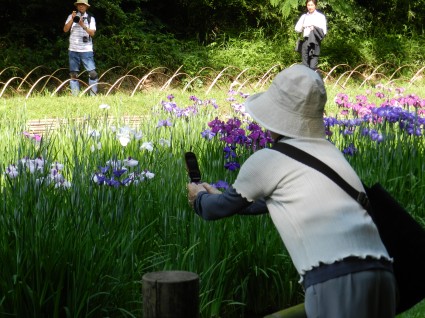 The hat- a distinguishing characteristic of a Japanese person.The younger generation prefers a fedora style. It`s why they all look young and I don`t. 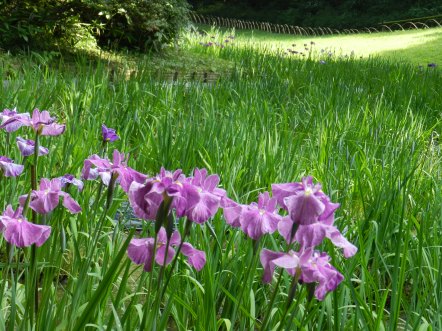 Even weeds get a lift.

Nature is highly valued in Japanese culture. So far my favorite way to enjoy nature remains drinking sake under the cherry blossoms.

Ok- who knows what those animals are?

One of my FB friends- Linda- provided the answer. It`s a raccoon dog called a tanuki (read here). I was half right. Thanks Linda!

31 Responses to Irises at Meiji Shrine – and a Surprise Sighting