So I must start out with an apology and a conundrum. First the apology.

Yes- it was I who perhaps spammed you with previously published posts. As to the why? Well, I have been living in several dimensions during the last 24 hours which have left me – well – demented. The result led to several calamitous situations including publishing pictures of a not yet released post, deleting already posted editions which as part of a series, must be re-posted leading to the spamming of a merciful and forgiving audience. I am most apologetic for the accidental blogging bombardment.

Just so you know, and as a reminder to myself, this is Part 4 of the series.

During our virtual tour, two important cultural encounters were left off due to the necessity of building a post around each. A visit to Japan is not complete without participating in these two uniquely Japanese experiences. The first is a mandatory visit to a Japanese onsen- or Hot Spring. Japan is comprised of several volcanic islands- like Hawaii. One of the benefits to this geological structure, in addition to Hawaiian last-minute evacuation vacations, are the presence of multiple hot springs throughout Japan. For centuries, the Japanese people have been enjoying the relaxing and purported healing properties of the onsens.

That’s right folks- bathing suits not optional for covering up the muffin top that one can’t quite suck in without looking like Hefty Hercules. As I expose the facts, you’ll see the conundrum.

How can a culture famous for the little wisp of a dress that just screams “SEX NOW,” the kimono, advocate mixed sex nude bathing? Kimonos are even stuffed in order to make the wearer flat when viewed from the side. Given the multiple layers of the kimono, the stuffing, and the obi (belt) which wraps several times around the wearer, it has to be the unofficial first form of birth control, the proponents of whom are the Japanese, and yet, they soak together, naked, in hot springs? And have for centuries?

Although I rank high on the cultural acceptance scale, I find this difficult to reconcile. 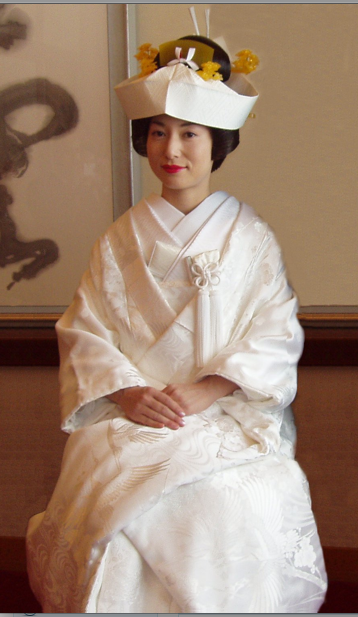 I’m finding that Americans, in spite of our proclivity to wear tight clothing, show cleavage, and short hemlines way past the age of acceptable, are still prudes when it comes to shedding the shreds we wear. “Hodaka no Tsukiai” is the prevailing logic for the “get down to your birthday suit” mentality held in Japan. The phrase literally translated means “Naked Communion.” The idea of communing while au naturel allows bathers to get to know each other without the influence of outside factors. All status markers are left in baskets outside while inside one must present the true self or a reasonable facsimile. When viewed through this cultural lens, it dovetails nicely with the Japanese cultural ideal of group harmony- known as Wa- and fits with the other commonly held values.

Mystery solved. I’ve been transparent with the expected attire. Now on to the nuts and bolts of onsen.

There are variations of onsens; men or women only, mixed, and in some cases one can wear a bathing suit. Indoor and outdoor. Foot only, hands only, now everyone put your right elbow in only, etc.

In order to be considered legitimate, the onsen has to have a temperature of at least 25 degrees celcius- 77 degrees F, and must contain a minimum of 19 different chemical agents. Cesium, Plutonium and Iodine are the most recent additions to that list. In reality, given that onsens derive heat from volcanic activity below, it’s a lot hotter than 25. Most onsen goers recommend that one immerse oneself to the neck immediately rather than gradually. The burn subsides after about 60 seconds primarily because the nerve endings are no longer viable. 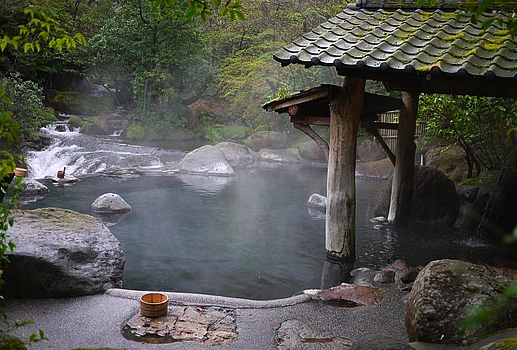 Strict rules for bathing before entering the water apply to the onsen. Rather than recite them, I prefer to attach my cheat sheet below. I won’t divulge where I store it on site. Let’s just say it fits in nicely when folded.

An Illustrated Textbook for Japanese Conversation- Please note that the towel on the man's head apparently belongs there.

There is a room outside for clothing. The pipe spewing water is not for drinking… 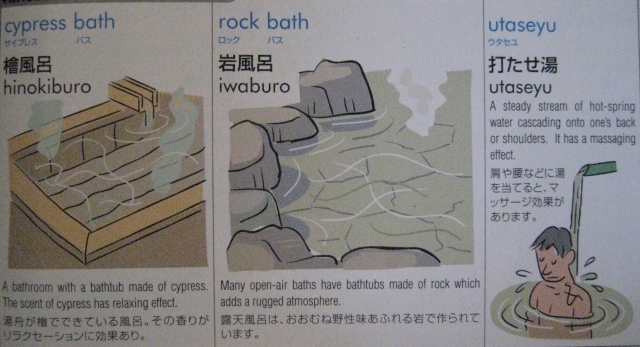 An Illustrated Textbook for Japanese Conversation

It goes without saying that picture-taking is not allowed in the onsen. Otherwise pictures of Spouse and me breaking the calm by screaming like heretics burning at the stake upon entry to these waters heated in hell would be all over the internet with the heading “Things not to do.” Also, cover your tattoos as these will prevent admission and are seen  in Japan as a mark of the mafia. Cover with band-aids.

Lastly, my favorite advice from one our favorite hotels in Hakuba below:

A spa closer to Tokyo, with views overlooking the beach and Mt. Fuji is the Enoshima Island Spa. Just outside of Tokyo, it’s an onsen with a view, a temple and a beach. Not a bad place to spend the day. Rumored to have the turbo charged pedicure- nibbling fish or “garra rufa.” These toothless fish suck all the dead skin and whatever else is lodged in between those toes. Appears to be my sole remaining hope for getting sandal ready. 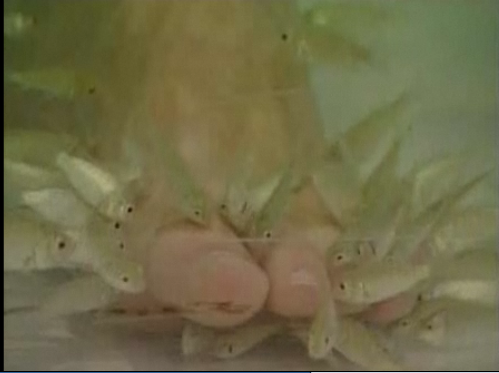 A trip to the onsen is a must for any trip to Japan- my preference being the outside onsens. Otherwise it feels like a hot tub without the booze and the Jersey Shore gang.

That leaves one last item on the agenda before our tour breathes its final breath.