The Trip That Never Was…

As in “Come on over, airfare is cheap, the radiation is fine- don’t I look younger? That gentle shaking in the night? Why that just rocks you slowly to sleep. Below 7 is nothing to worry about- really.”

The current week envisioned through my tactical planning lens in February was shattered by recent events, all visitors cancelled, so now instead of adjusting the glitches in the itinerary readying for the next wave of company, I’ll run it by all of you. Why mope over plans cancelled when we can enjoy a virtual tour of the 7 day itinerary originally planned for 4 adults with limited attention spans and 4 teenagers with no attention spans.

Arrival from the states predicts awakening somewhere between 1-3:00 AM local time. The ideal time to visit Tskiji Fish Market. The largest fish market in the world. Yes- mentioned on this blog too many times to count – read the full post here and feel free to wonder as to the flavor of each savory morsel as you study each picture trying to decipher its genus and species. In order to see all the action- get there by 4:00 AM. Yes- 4:00 AM- no later than 6:00.

Tuna auctions take place well before first light. Recently re-opened to the public after a foreigner engaged in a good morning smooch with a tuna. His photo-op resulted in all visitors banishment from the kingdom until just recently leaving the auctioneers wary of a repeat performance, therefore a local guide familiar to the fish market staff is the best bet for actually observing this very serious ritual. 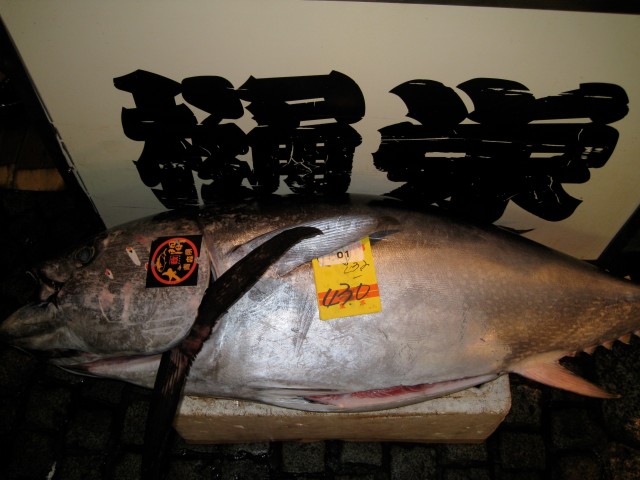 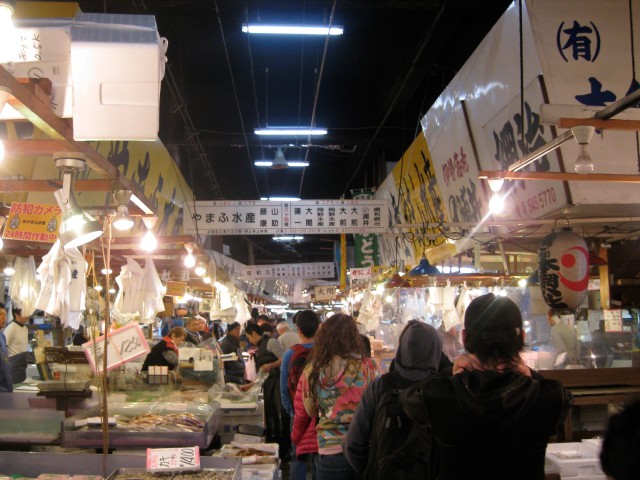 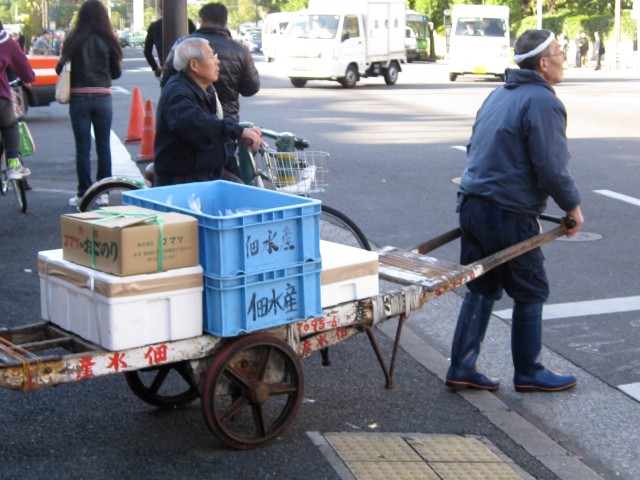 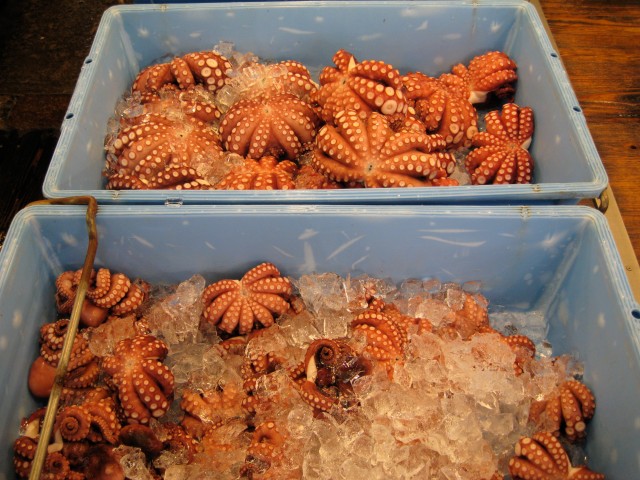 By 10:00 everyone is either hungry or sick. No revelation that fresh sushi is available at a very good price. Especially cheap for those not eating.

Then comes the jet lag crash. Spouse has a strongly held theory that sun exposure helps gets the body used to the new time zone, so the next stop is a stroll around the Imperial Palace- home to the current Emperor and Empress of Japan. Although the palace only opens twice a year, the gardens are meticulously maintained and beautiful. I hear. 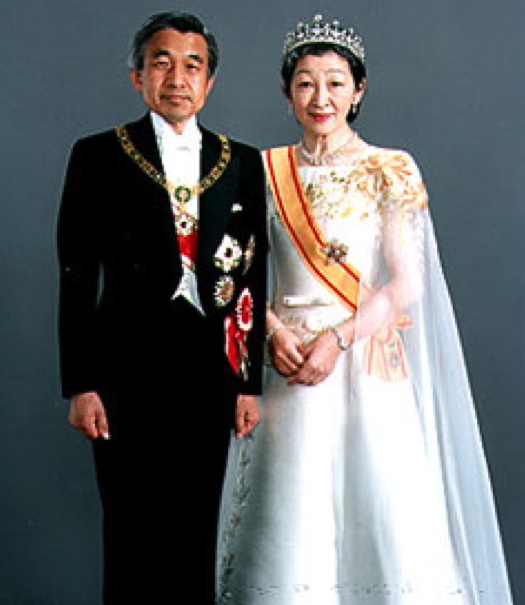 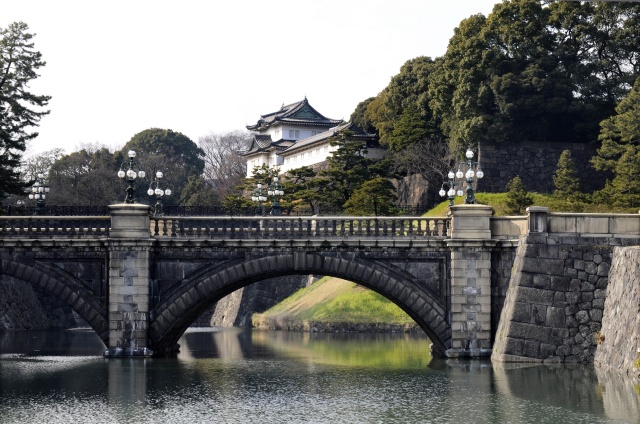 If our guests have constitutions similar to ours, at the conclusion of the walk, we expect to pour their jellied bodies in a vehicle toward food and home.

Andretti- san, cultural guide to the Clampitt family and infamous for descriptors which leave no room for interpretation, proclaimed the Omotesando shopping area as “The place for younger shoppers. Ginza is for older shoppers and foreigners.” We are non-discriminatory on our tour and cover both areas. Starting with Omotesando.

“Harajuku girls” are famous the fashion world over. These girls, of whom apparently few but the fashion elite are familiar, are the secret trend setters for the rest of the world.

The action happens along this seemingly innocuous street directly across from Harajuku station. 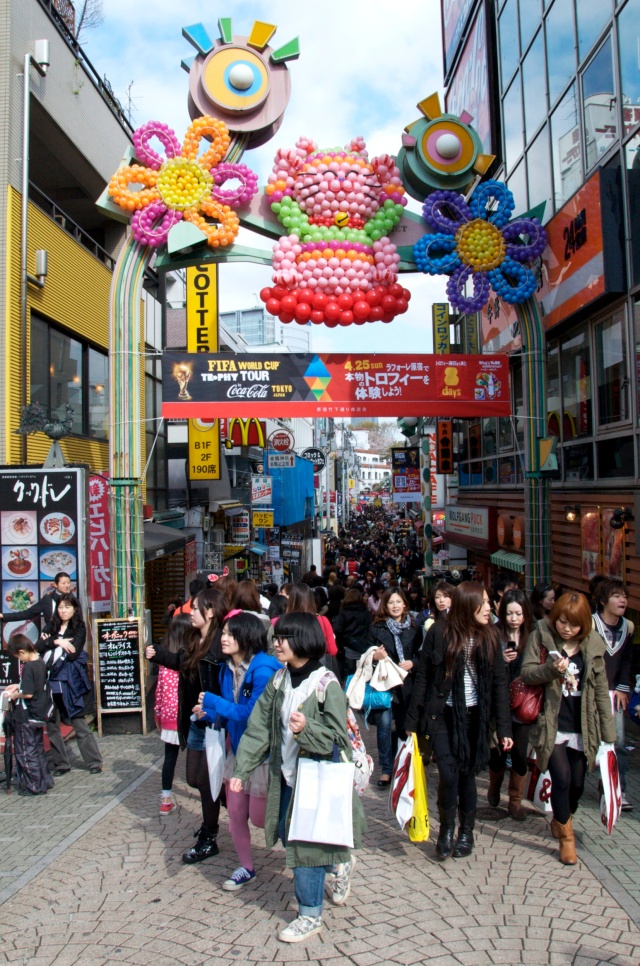 Top fashion designers “plant” test designs without labels and watch what the trendy Japanese will snap up. This street is for the teenagers in the group.

Along Omotesando, the major designers have flag-ship stores including an interesting architectural building housing Prada: 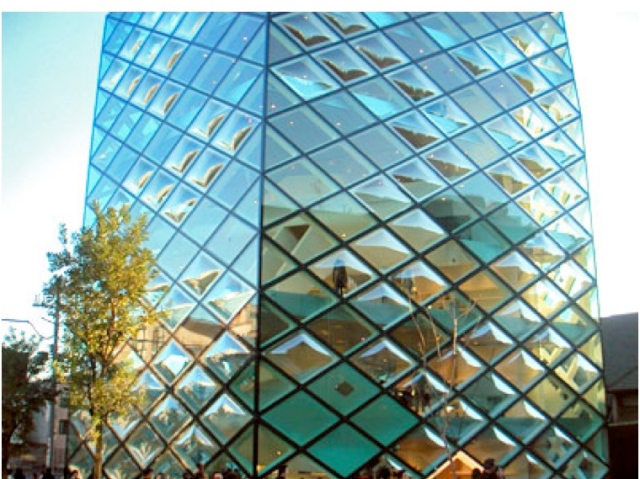 Weaving in and along Omotesando are hundreds of small shops, boutiques, and restaurants. Grab a seat, set your camera for rapid fire, and people watch- there is no place better in the city. Maybe you’ll see a “Lolita.” 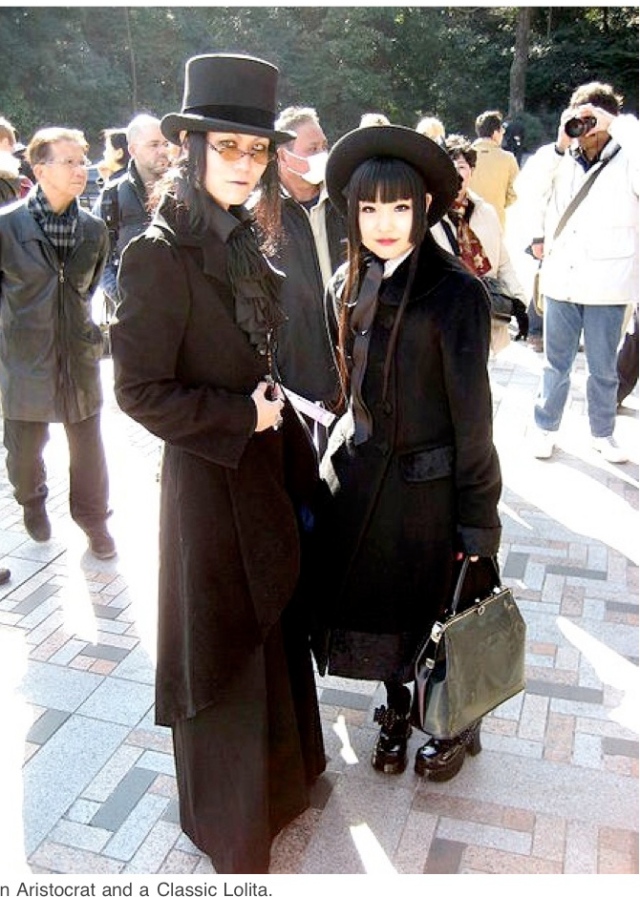 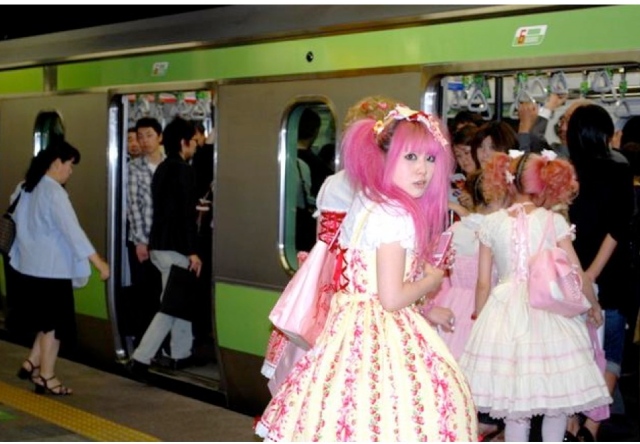 Across from the start of TakeshIta-dori is one of the most famous and important shrines in Japan- Meiji Shrine. Read the post here.  Emperor Meiji changed the face of Japan. Nuff said- and that’s about all your kids will hear. 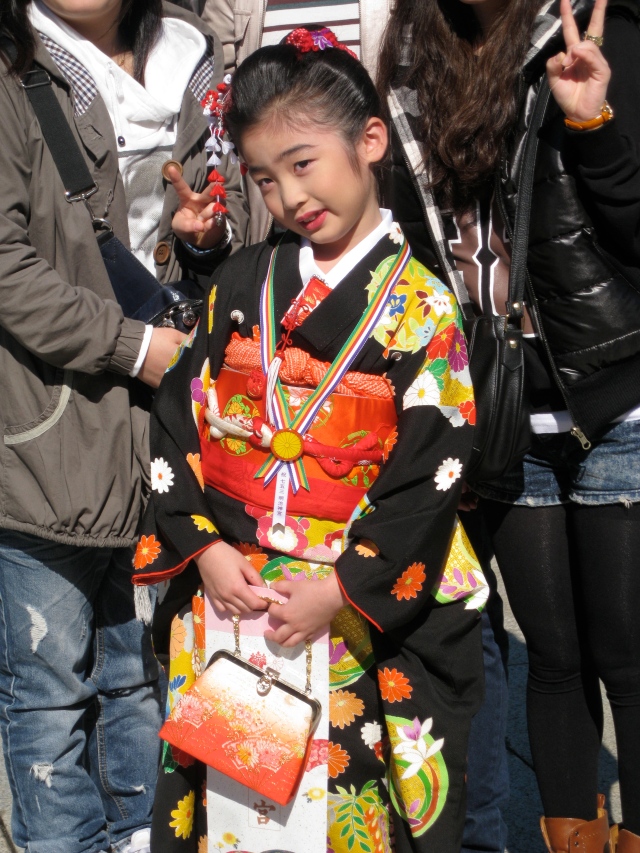 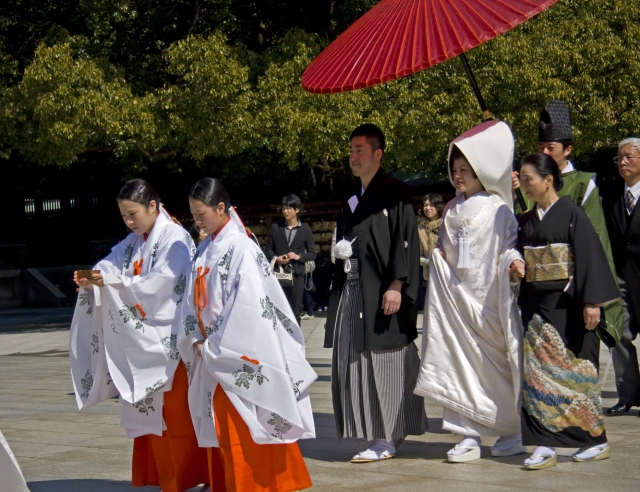 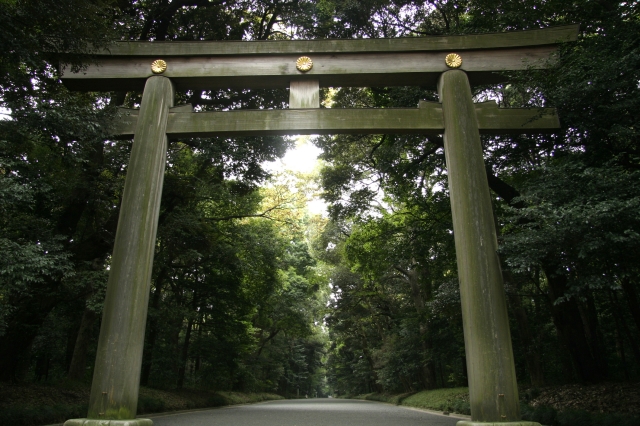 The oldest shrine in Tokyo and in my humble opinion the biggest bang for your tourist buck. It’s all happening right here. An old shrine with everything one could want- 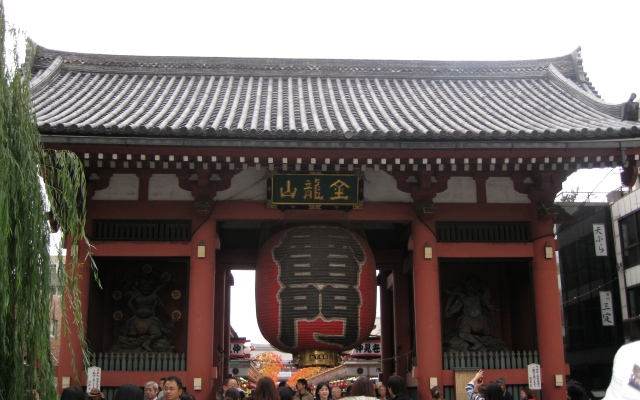 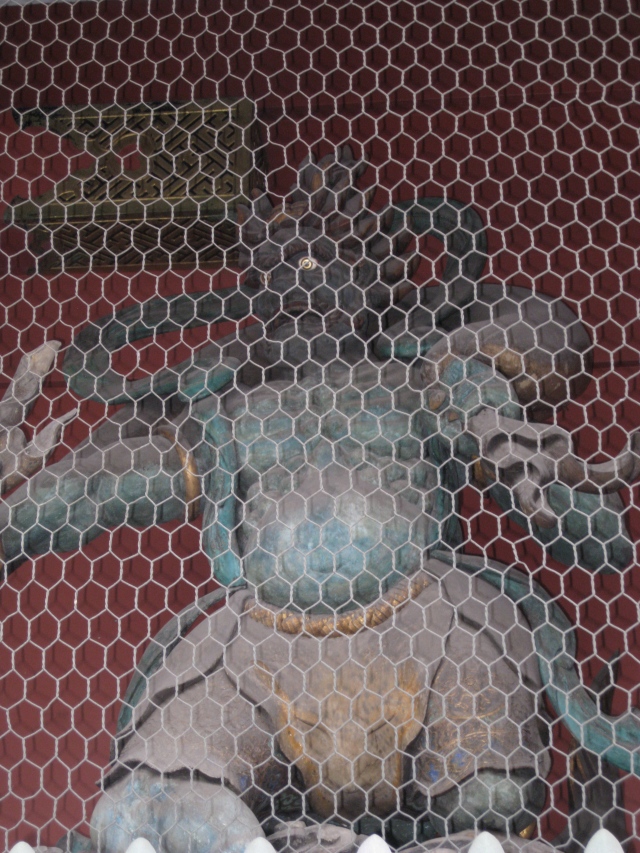 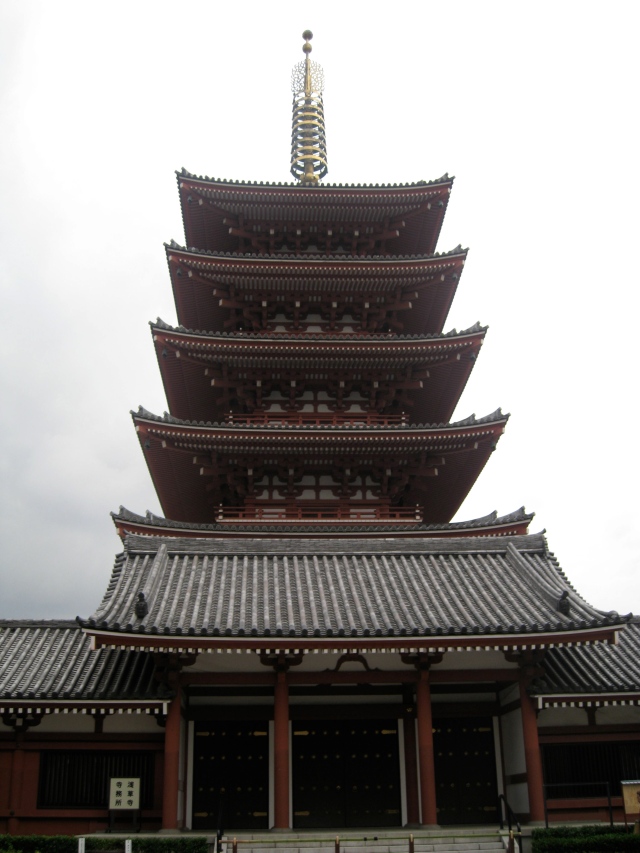 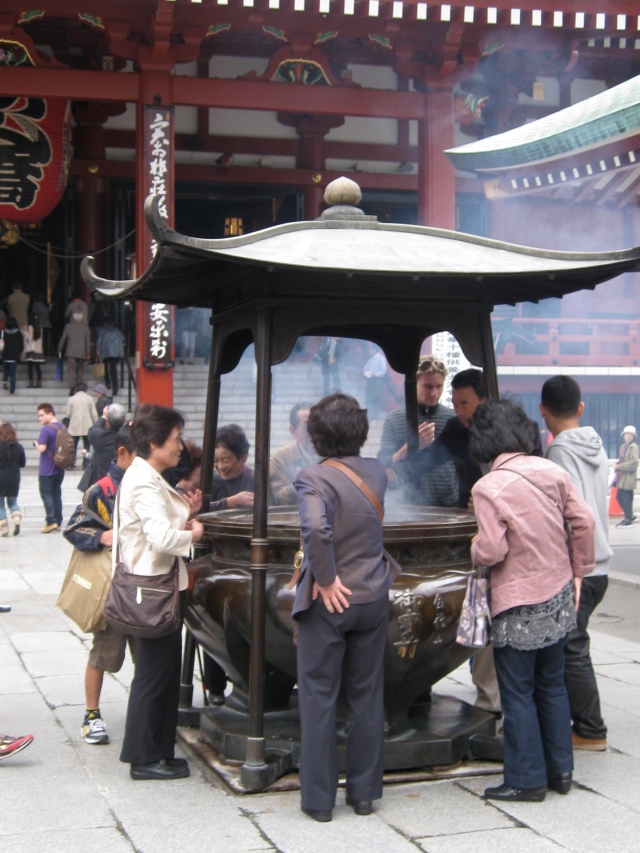 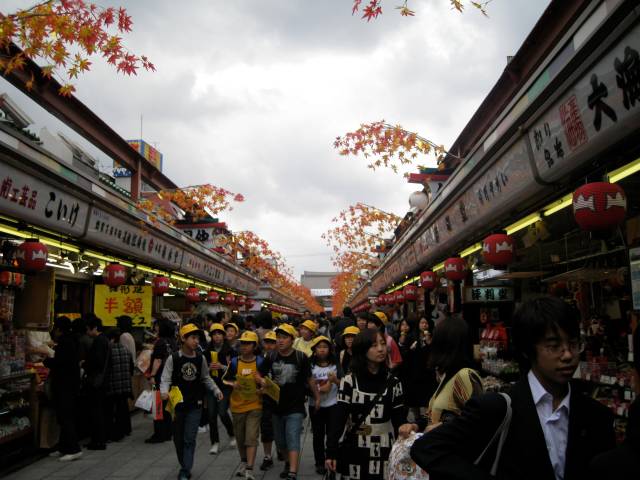 Asahi Brewery is across the street- the building alone is worth a look. Designed to look like a frothy mug of beer. Your thoughts? 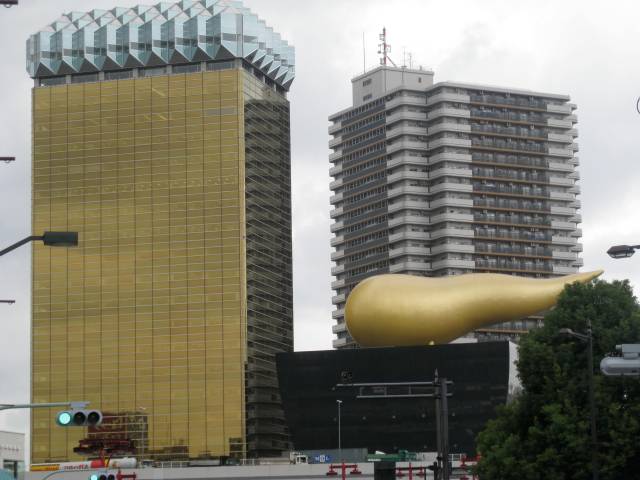 Around the corner is Kappabashi- the Kitchen district. Many people think this is a MUST SEE. Others, me for instance, wilt at the sight of kitchen ware. I can boil it down to two highlights:

The chef marking the entrance: 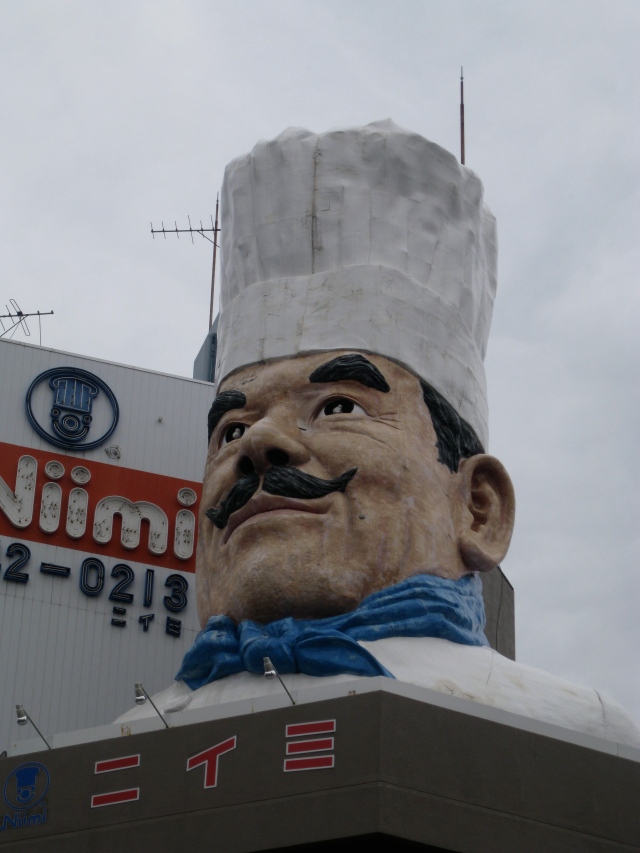 This- is it real or is it Memorex? 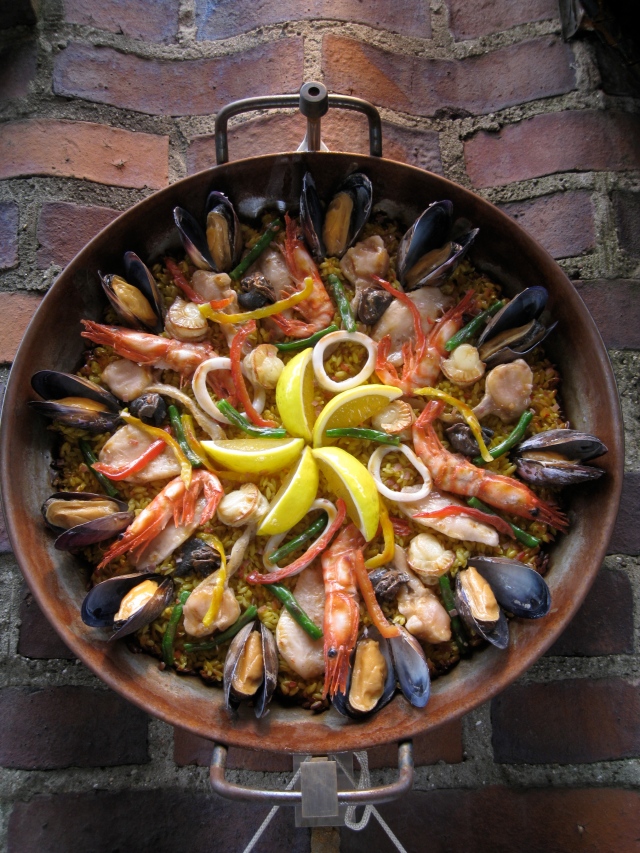 Completely fake- all made for restaurant displays somewhere in Kappabashi- THAT- I gotta see. Wax food can be a saviour- no language skill necessary if one can point to the item to be ordered.

An alternative to Kappabashi is the Edo Tokyo Museum, which houses life-size displays on the history of Japan. While I’m sure many teenagers would find this form of entertainment worthwhile, mine crossed the threshold in chains. I found it fascinating. The museum and the Offspring struggling to free themselves of the chains and the museum. 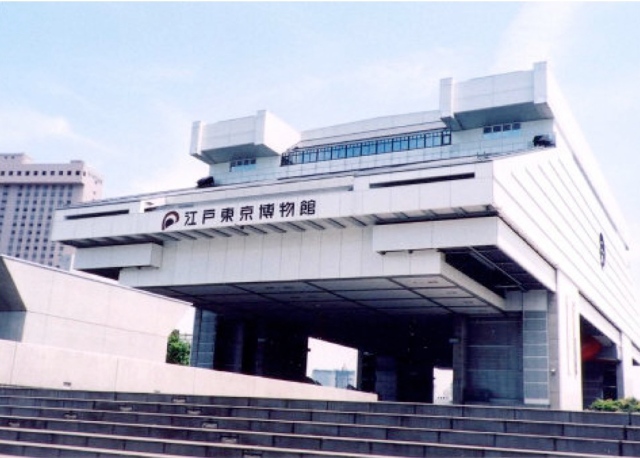 OK- time to get out of town for a few days.

Day 4 and 5 will be just outside of Tokyo- but that’s for the next post.

34 Responses to The Trip That Never Was…