In the immortal words of Stevie Wonder celebrated in Song-

According to “experts” April 8th is the big day for Budhha. Not knowing much about the most righteous Buddha or any of his rousing incarnations, I started with Wikipedia where I confirmed that as with many of the world’s major religions, Buddhism was started by a man who if operating in the current day, would be put on a cocktail of FDA approved drugs, assigned a state funded psychiatrist, and encouraged to permanently co-habitate with altruistic family to prevent his future demise in to the ranks of homeless and starving. In Buddha’s case, he was determined to be legitimate via an assemblage of birthmarks thus the emergence of modern day Buddhism circa 400 BC.

Although not a follower of Buddha, I am a firm believer in celebrating birthdays. Especially Christmas. The American way. Materialistically. And with overeating. To celebrate the birthday of Buddha, a bunch of folks went to the second oldest temple in Tokyo- Jindai-Ji Temple in Chofu.

This temple was built around 700 AD and is affectionately referred to as the “Lover’s Temple.” (Spouse couldn’t make it.) Named because it was built in honor of two star crossed lovers who shared a forbidden passion, unable to marry with their parents’ blessing due to class difference, they ran away and had a child together. Eventually, the father of one of the young lovers built this temple in their honor- the entire center of the story is indeed missing and if anyone knows the gory details please share. BUT- young couple do go here to have marriages blessed.

Unlike a Shinto shrine, which is marked by a Tori gate, (looks like an upside down U) Jindai-Ji has a thatched roof gate entrance which illicited visions of angry Frankenstein hunters throwing flaming torches: 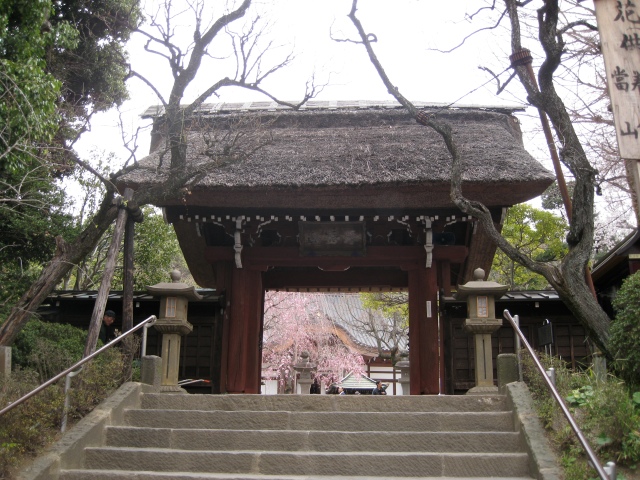 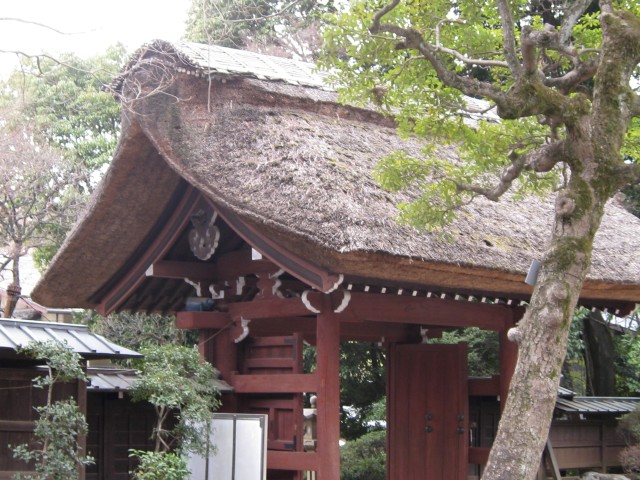 As always when entering a shrine or temple, there is an area where one washes hands and rinses out the mouth in order to cleanse prior to entering. 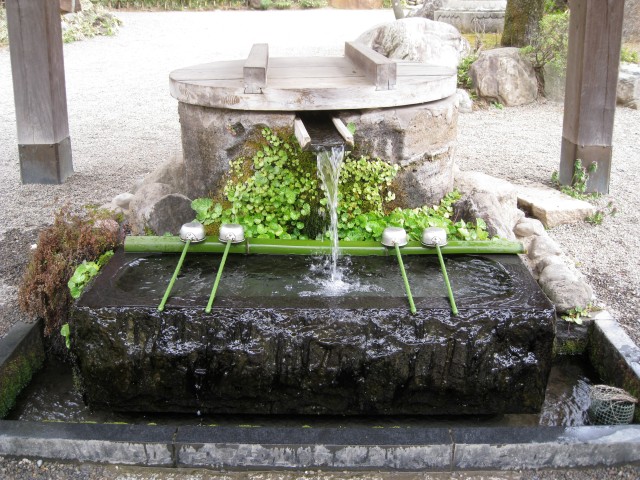 Let the celebration begin! With utmost reverence and respect, we poured sweet tea all over Buddha’s head several times.

Then we drank the sweet tea in honor of Buddha’s birthday- naturally sweetened with flowers. Everyone lied and exclaimed how “delicious” it was. I felt sure it would be the cause of my entrance in to the pet cemetery on the temple grounds as its newest permanent resident. 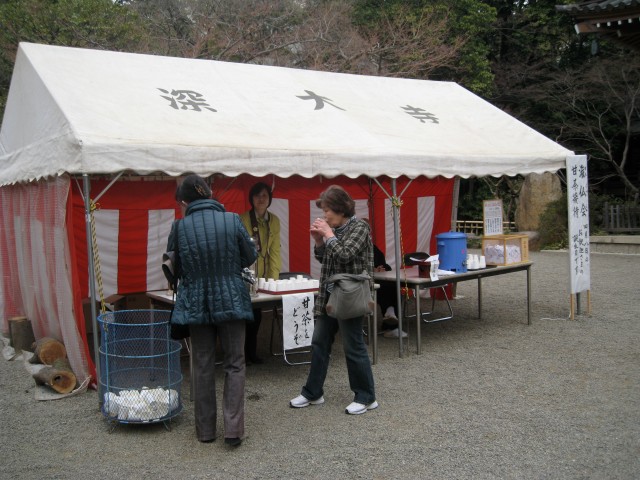 Unable to assume the Lotus position without splitting my skinny jeans from the calves up, I opted to skip the optional chant. Apparently the rest of the group was looking for a skapegoat to prune the party in order to overeat. We sprinted to the soba noodle shop so we could enjoy the cherry blossoms in full bloom on a full stomach. 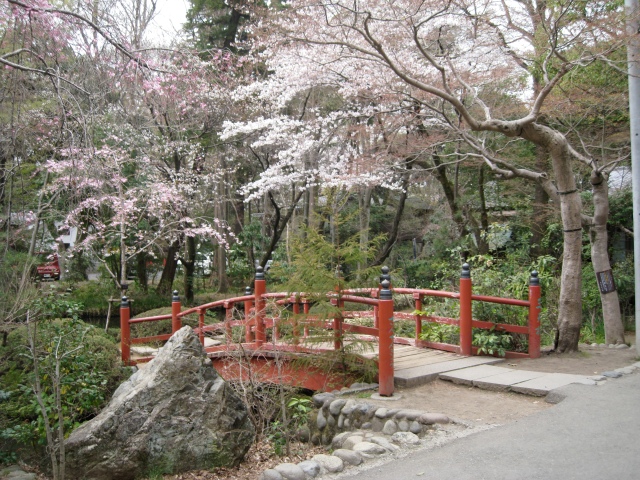 Red Bibs represent Babies, Bottom left Bell was buried up to circle opening and used as a cross to pray during times when early Christians were not allowed in Japan. 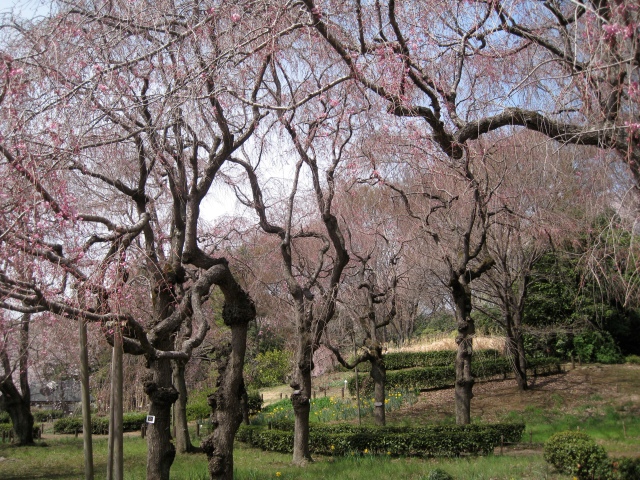 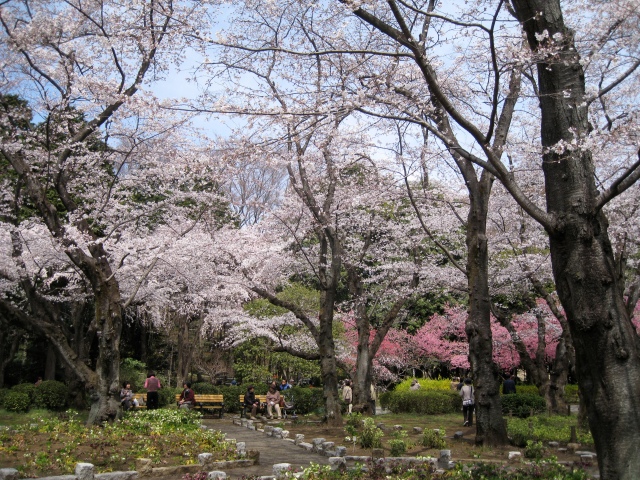 26 Responses to A Birthday Celebrated at Jindai-Ji Temple- Japan